Neurology professor and physician Dr. Karl Kieburtz delivered a seminar on campus in the New Frontiers in Biomedical Research series on Jan. 13. Louisiana Tech University will continue to share a series of stories designed to help readers know more about diseases of the central nervous system and how Louisiana Tech students and faculty are working to advance care for them. This is a story from that series. 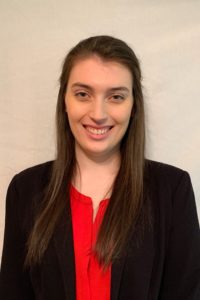 Think of a smart watch that, instead of the time, gives you immediate information about your body’s condition at that moment and conveys it to its wearers.

Gaudin and Hummel call their creation Tremor Tracker, an algorithm to classify Parkinson’s disease tremors and their severity. The pair worked closely with Rocky Steady Boxing at Tech, a non-contact boxing program for those diagnosed with Parkinson’s.

Parkinson’s is difficult to diagnose because there’s no specific test for it, especially in the early stages. The Unified Parkinson’s Disease Rating Scale (UPDRS) scale is commonly used in any clinic, but it’s subject to differences between physicians.

“Our senior design project consisted of a wrist-worn wearable device that tracks the progression of Parkinson’s disease tremors,” Hummel said. “Through supervised machine learning, the device predicts whether a patient’s tremors are parkinsonian or non-parkinsonian, as well as the severity of these tremors. A quantitative analysis of parkinsonian tremors provides a more detailed disease state.”

The two decided to make Tremor Tracker the focus of their project after learning about Tech’s Rock Steady program.

“We were able to move forward from there focusing the use of a wearable device to describe the symptoms of Parkinson’s,” Hummel said.

“We were interested in wearable devices and their increasing popularity as medical devices,” Gaudin said. “Wearable devices are able to record and store large amounts of data that can be analyzed to describe an individual’s disease state over a certain period of time. A more detailed disease state can serve as a basis for medical decisions.”

The two ordered a GENEactiv device, a scientifically validated and waterproof wearable that measures and monitors various body reactions and collects data through an accelerometer that provides objective measurements to help empower healthcare professionals to educate the wearers and improve their health. 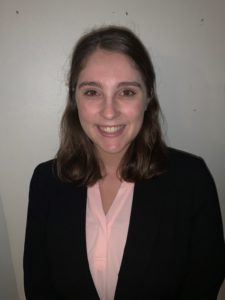 “Julie and Elizabeth planned this capstone senior design project after consultation with a biomedical engineering mentor from Verily Life Sciences, Inc., and then implemented the product development tasks with financial support from Tech Alumni,” said Tech Associate Professor of Biomedical Engineering Dr. Patrick O’Neal. “These real-world projects, integrating support from industry and clinical partners, greatly enrich the student’s experience as we prepare them for careers in engineering and the clinical sciences.”

From Mandeville, Hummel recently began her career as a transmission and distribution line engineer with Ampirical. Gaudin, from Tickfaw near Hammond, will start medical school in the fall.

The mission of Tech’s PRC is to promote a healthy Parkinson’s community by connecting people, programs, ideas, and resources to improve lives through education and service. The Center helps connect PD patients and their caregivers to programs and resources to help.

It is estimated that 1.2 million people in the United States will be living with Parkinson’s disease by 2030; about 60,000 new cases are diagnosed each year (Statistics on Parkinson’s). There are an estimated 10 million cases worldwide.

For more information on the PRC and resources available to the community visit the program’s website.

If you or someone you know is living with PD or is a care partner of someone with PD, connect with Tech’s PRC at 318.257.2514 or parkinsonresourcecenter@latech.edu.