When diplomas are presented during Winter Commencement Saturday, March 6 in Thomas Assembly Center on the Ruston campus, it’s doubtful any member of Louisiana Tech’s Class of 2021 will be happier than Joe Bates.

And it’s certain no graduate will have gone as long — 60 years — between taking their last class at Tech and actually graduating. 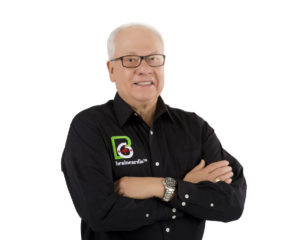 “This will bring closure to something that has been missing in my life for a long time,” said Bates, who at age 79 is still working fulltime as a telepsychiatrist from his home in Tyler, Texas. “I have come full circle 60 years after leaving Tech. I am just so grateful for this opportunity to lay claim to being a Louisiana Tech Bulldog for life.”

His road less traveled began after he graduated from Homer High in 1959 and completed two years of pre-med classes at Tech. Because he’d earned a noteworthy 92 hours and 4.0 GPA, he was in 1961 accepted directly into LSU’s School of Medicine in New Orleans, where he received his MD degree as an honor graduate of the Class of 1965.

“I always wanted to obtain my bachelor’s degree from Tech, just as my brother did in 1953, but it would have been difficult financially to prolong my training for another one or two years,” he said about his decision to take the med school offer, “an opportunity I couldn’t refuse.”

Immediately after graduation, Bates interned in the U.S. Army and served as a combat physician in Vietnam, where he received the Bronze Star. Double-boarded in both psychiatry and pediatrics, he’s practiced and taught medicine for more than 55 years.

“But I never graduated from college and have always felt there was something missing,” he said. “To borrow from the Alma Mater, ‘Those old Tech days, those joyful days’ were still ‘cherished in my memory.’”

So in the fall he contacted the registrar’s office with the hope that he might take online courses to complete his degree. Instead, reviews of his records by College of Applied and Natural Sciences Dean Dr. Gary Kennedy and Professor and Director of Tech’s School of Biological Sciences Dr. William Campbell proved that courses he’d previously completed at Tech and at LSU Medical School were sufficient to satisfy the requirements for his undergrad degree.

“I am pleased to tell you,” Campbell wrote to Tech’s oldest Winter 2021 graduate, “that Provost Terry McConathy and President Les Guice have approved our recommendation that Louisiana Tech University confer the degree of BS in Biology to you.”

Bates completed his admission and graduation forms and had his med school transcript sent to the Tech Registrar’s office. And just like that, after 60 years, “Papa” was set to make his 13 grandchildren proud.

They’ll watch commencement on Facebook, but Bates and his wife of 56 years will attend the ceremony. It will be their most recent date at Tech; the first was a fraternity formal when Bates was a sophomore.